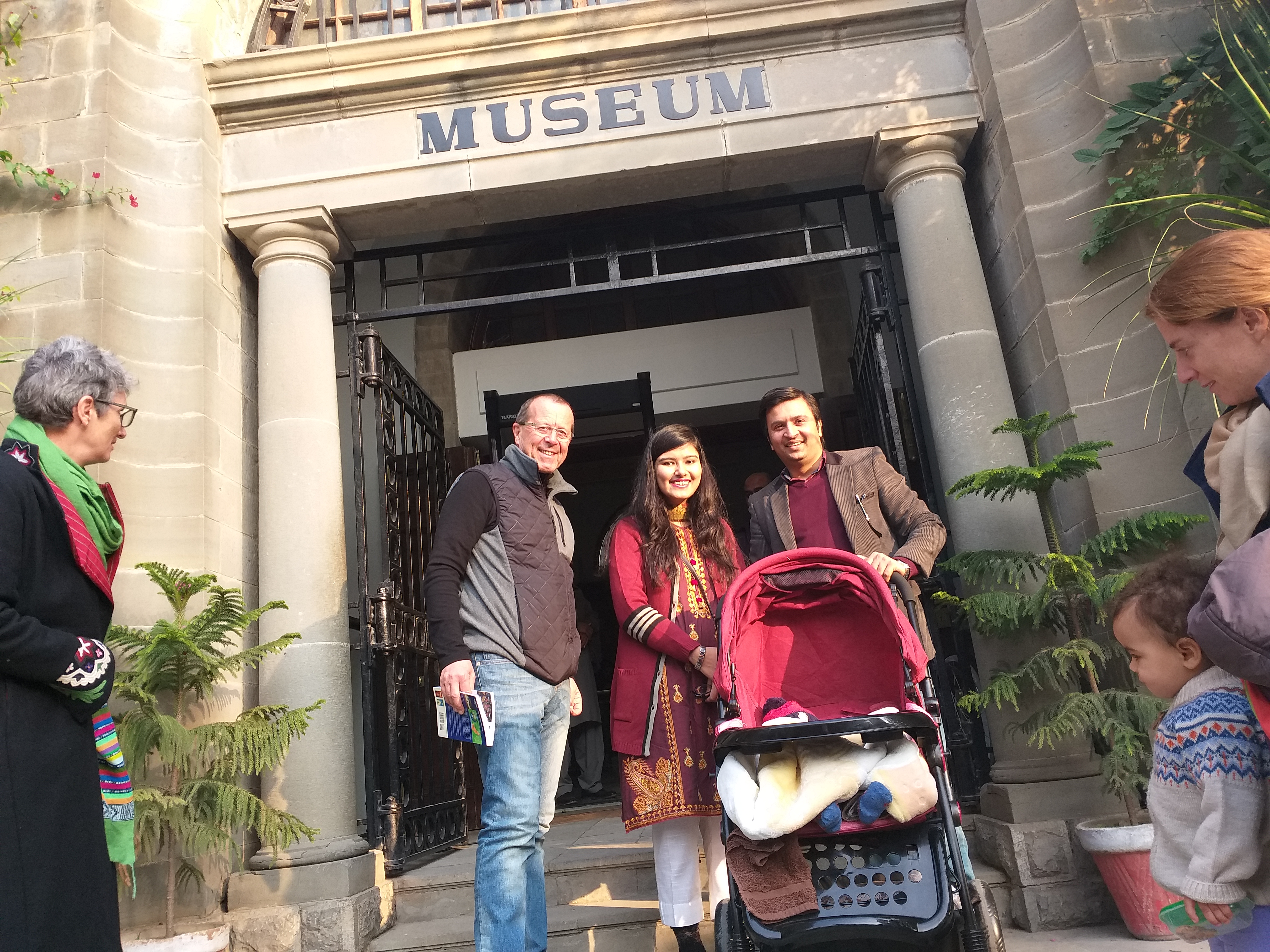 Taxila Museum
I was planning to visit Taxila Museum for quite some time because; one, I had not seen it before, second, it is a UNESCO World Heritage Site and lastly, I like to know where we are coming from, how are we evolving and the most important part who are we evolving into!
Histories are a source of contemplation and museums are a form of reflections into the past.

So, winter break is the window we utilized for visiting Taxila;  when joys of winter holidays, Christmas festivities and new year excitement was at its peak. It was Shazil’s first ever visit to the Museum. We have done a lot of shopping, lunches and dinners with Shazil but this was the first time we took him out for such kind of recreation activity. Only that, it was more of ‘our’ activity, he is just five months old! But he enjoyed seeing kids around, there were many; and he kept on laughing and babbling during the stroll into the museum. 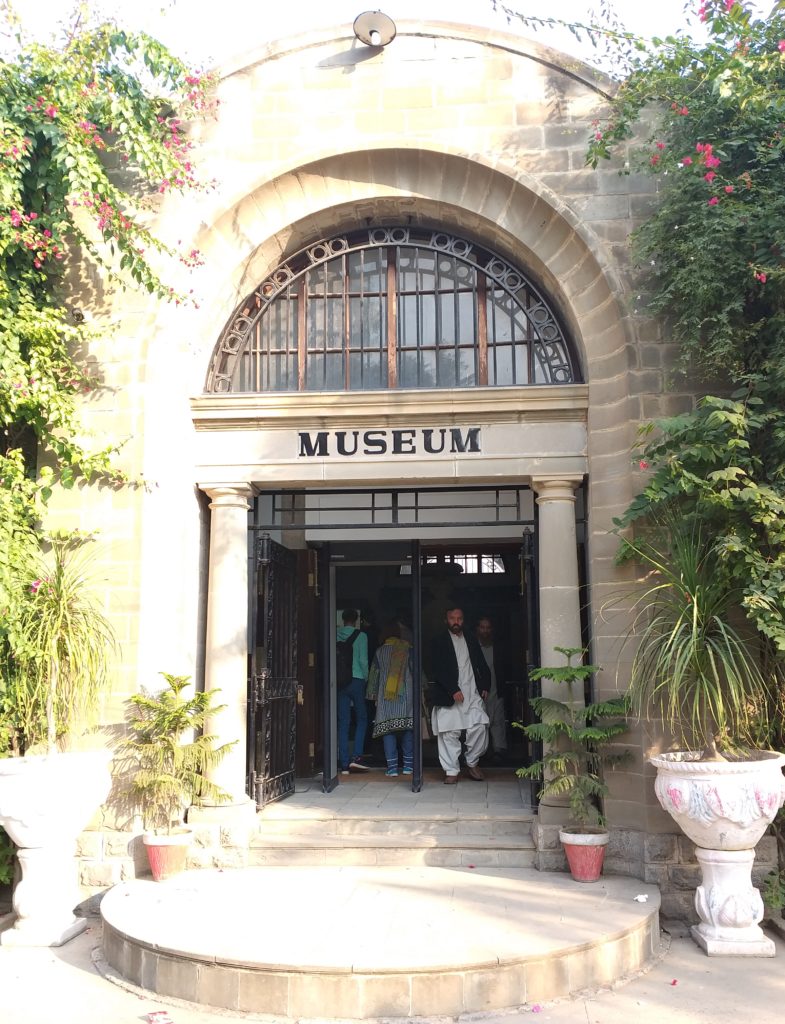 It has a historic and monumental entrance with black polished iron gates and lush green leafy trees at both sides -perfect background for a good picture to reminisce down the memory lane.
As you enter the hall, its has multiple cabinets each with its own story and depiction of the centuries old archaic collections. To start with left, is the Early Gandhara Art Gallery, which can be traced from 4th Century BCE to 8th Century CE i.e. for thousand years. The era of Kanishka The Great, the fifth king in the Kushan Empire (An empire established by the Yuezhi: Indo-European pastoralists from the modern Chinese province, Gansu), is considered as the ‘Golden Period of Gandhara’; when human images of Buddha were first represented through art and Gandhara became the holy land of Buddhism.
Gandhara constituted modern Afghanistan (Kabul and Qandahar regions) and north-western parts of Pakistan including Taxila. Peshawar was used to be the capital of the great empire from Gandhara to Central Asia.
(It is interesting to see how we were connected to China, Afghanistan and Central Asia centuries ago and how we are struggling to revive similar trade routes with Chinese and Central Asians centuries after.)
The prime subject of Gandhara art is the depictions of Buddha’s life. Buddha (Siddhartha) was born to Queen Mahamaya, as she dreamt about the entrance of an elephant with white tusks in her womb and that is foretold as one of the events to conceive Boddhivista (on the path of Buddhahood). The queen died after giving birth and Siddharta was brought up by his aunt.
At the age of 29, he left the luxurious palace life and started living as wanderer; doing meditation and yoga. In the quest of finding the truth, he moved to southern Bihar and fasted until he was starved. At the age of 35, sitting under the pipal tree he found Nirvana (the path to enlightenment) also called Great Awakening. For the next 45 years, he preached extensively and established order of the monks, At the age of 80 he died. His body was cremated and the ashes were divided among eight countries.
Hence, this gallery was about the artistic depictions of his birth to queen Maya, his journey towards enlightenment, his first sermon to five disciples, his death and cremation.
In continuance to the Gandhara Art gallery is the Stucco Art Gallery, which has various sculptures of Budha; in Mediating Attitude (Dhyana-Mudra) and Teaching Attitude (Dharmachakra-Mudra). These stucco sculptures are dated back to 4th and 5th Century CE.  It seems as the finest form of art. And if you notice the intricacies of these sculptures, the depiction of the jewels and necklaces, you wonder about the skills those people possessed; and the time and effort they have spent during the course of its making.
Admiration in abundance is all you can do and feel!
The popularity of these sculptures from Gandhara can also be appreciated by their presence at the Victoria and Albert Museum London.
Followed by the Stucco Art Gallery is the display of household objects from Bhir Mound, Sirkap and Sirsukh (the ancient cities dating from the 4th century BCE) and beautifully carved images of Sungod, Budha, toys, writing materials, goblets and inscriptions. Each holding its own value and unknown stories.
Taxila is the only site in the Indian Subcontinent which reveals patterns of urban evolution for more than five centuries. Hence, in 1980, UNESCO declared Taxila as the World Heritage Site.
Very recently, UNESCO with the assistance of Swiss Agency of Development and Cooperation has completed a digitization project of Taxila Museum. So, if you are visiting the museum, install the “Taxila Museum App” from Google Playstore before going. In the museum at the top right or left of the cabinets, QR codes are available which you can scan through the app and read or hear the histories of different artifacts.
Visiting this museum has become even more engaging! 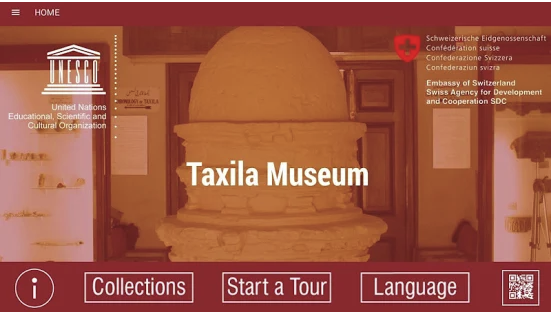 As we were coming out of the museum, we also had our celebrity moment with Mr. Martin Kobler (German Ambassador to Pakistan) and his wonderful family who was visiting Pakistan to celebrate Christmas. His efforts to promote Pakistan are commendable.

And so we had our perfect picture with him! 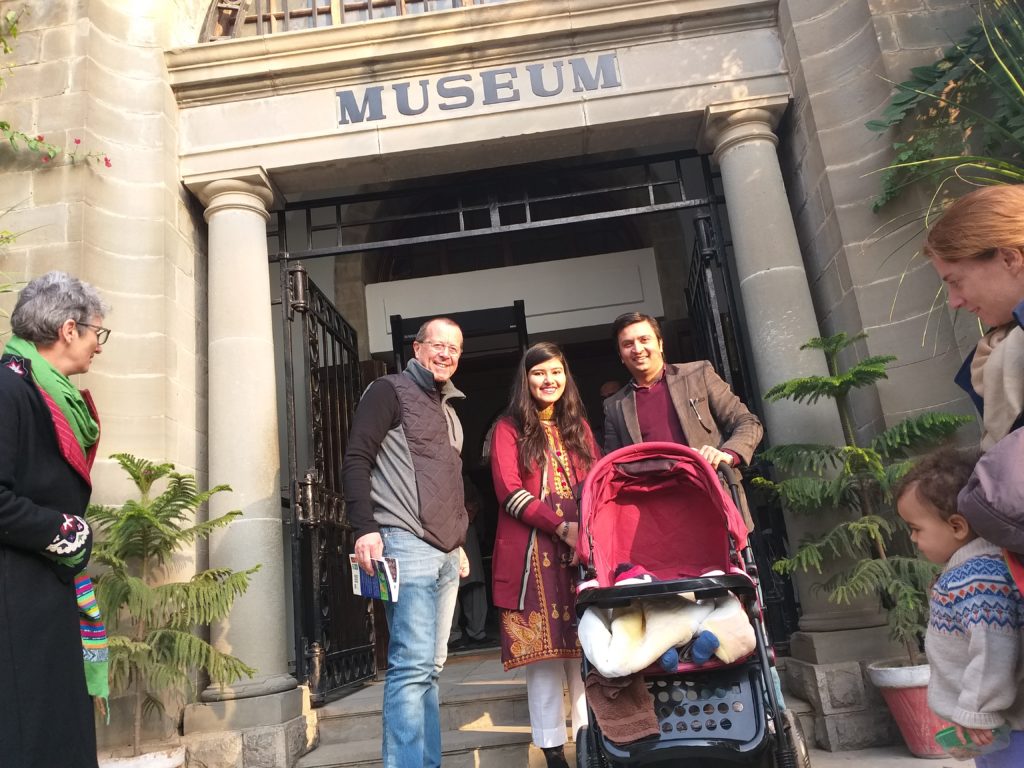