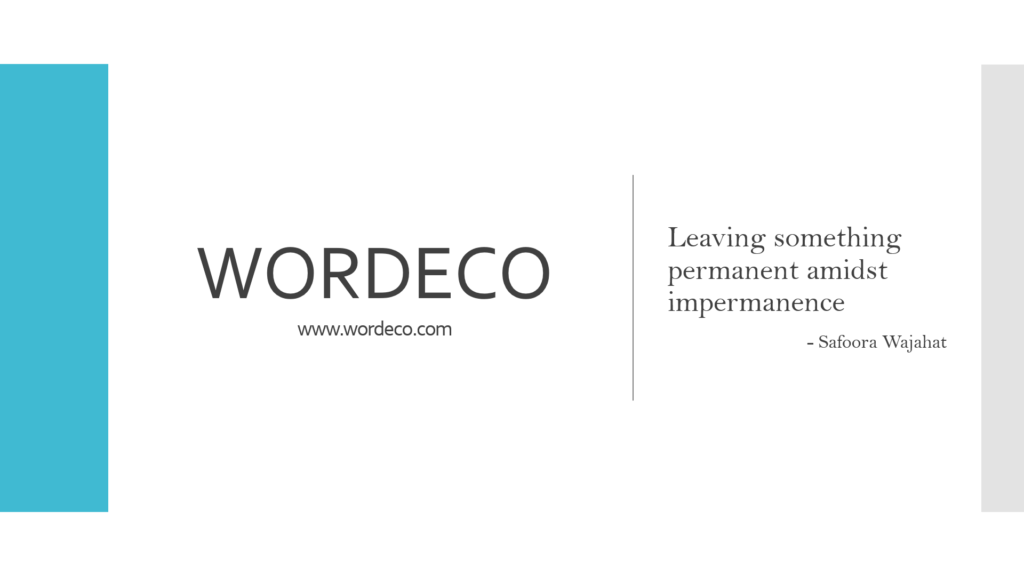 For the last few years, I have been writing on and off. For me, its either a reading year or a writing year and sometimes both. Even when I was in the process of having a kid, I read ‘tuesdays with Morrie‘ by Mitch Albom and right after Shazil, I read The Subtle Art of Not Giving a F*ck. To be honest, if anything kept me from getting into postpartum depression era it was this book.

As much as the content is important, the timing of reading it leaves behind a lifetime impression.

Now, the next question was, what to do with my pieces of writings?

One possibility was to leave them as it is. But this idea did not strike the chords. I can only idealize the writers whose unpublished pieces of writings are good enough to be published later.

The second option was to publish it right now and right here.

Leaving something permanent amidst impermanence.

But that would be another milestone!

So, for now, easiest was to invest a little and start my own blog.

Sometimes it feels so good to have something of your own. No matter how small it is!

And now that I have started it, as much as it was about me, it has now become more about the readers.

So the next step is making it worthwhile for you.

And be generous enough to leave behind your footprints, I mean a small feedback or a comment, even if you are here for a minute!

You have successfully subscribed to our newsletter

There was an error while trying to send your request. Please try again.