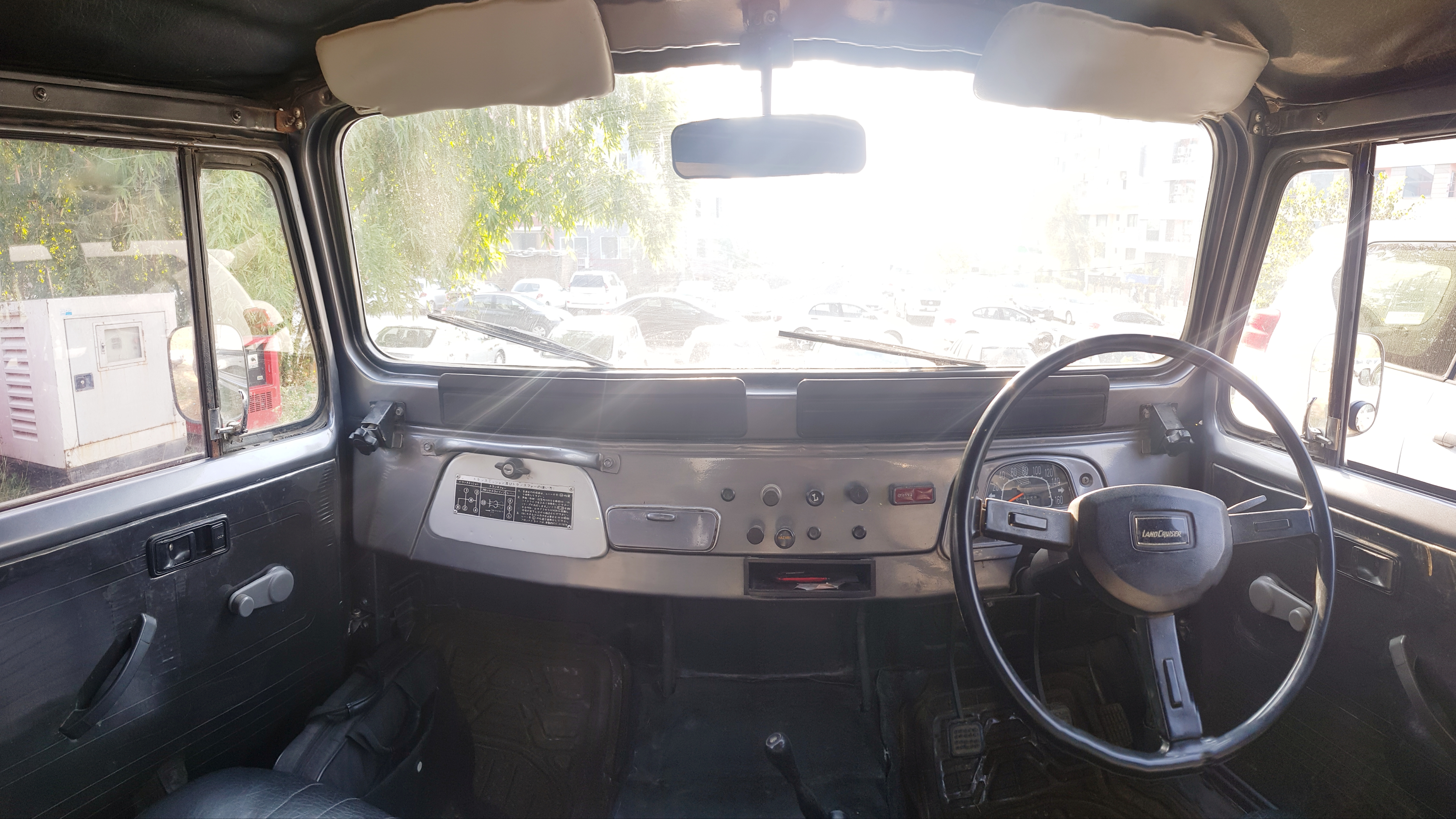 -where lens is the Toyota Land Cruiser dating back to 1983! 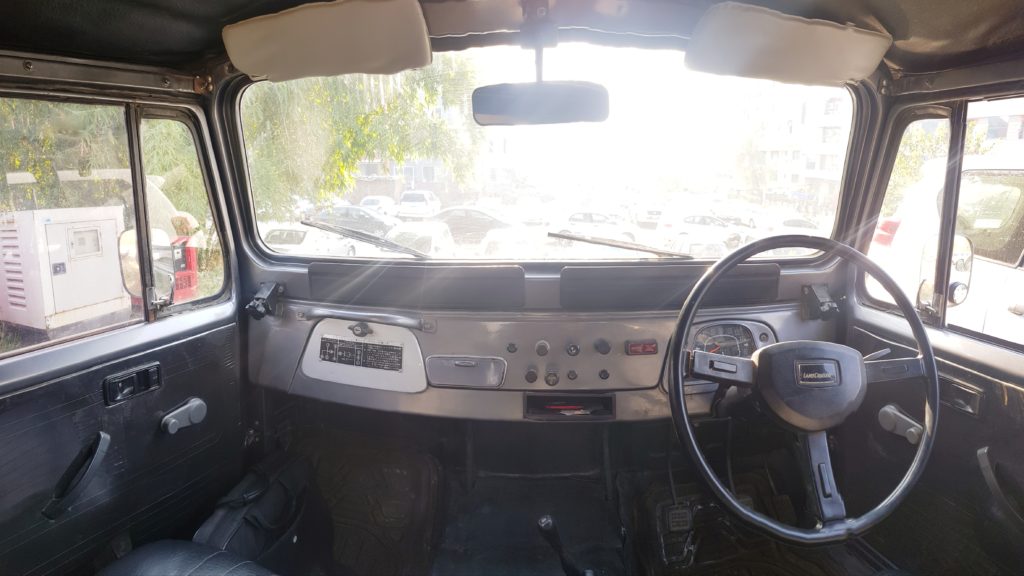 I did not have interest in cars until I started driving after graduation in 2013. And that too only automatic! Honestly, I have hardly driven manual cars – only for passing the driving test. I think our traffic police is generally lenient with women because my brother failed it once; although he was driving since he was a 7th grader.
Shh! Don’t tell that to anyone.
What? That he failed or he was an early driver?
Both, please!

So, I started developing interests for specific models and the colors and when I did, “Woah! Gari check kro yaar!” (like my brothers used to do) after I got married, my husband judged me for a second or two! But now he knows, he is facing the consequences of marrying the one & only sister of two brothers.

You often get bored of monotony so the trick is never let go the chance of seeing the world from a different lens. Only on one condition, the lens has to be worth the ride.

It is overwhelming in the beginning (just like every new venture), you really have to make an effort to stay in your place and not to bounce forwards and sideways – (stay firm, stay put while you are venturing out) as there are no seat belts(you need to take risks in the hope of returns) but they had really given it a thought so there’s a iron handle i.e. grab bar at the front (and you will be fine, if you really know how to manage risks). Yet another beauty is the jeep’s door with the vent style window. And as you put your hands on the door for support (sometimes its better to ask for instant help); there you see a small old black colored door regulator (and you will be fascinated by the perks along the way).
There is a vintage dashboard which has even interesting glove compartment. With the lock on its knob, it seems like a safe. I would not be wrong if I say, “Chalta phirta museum hai.” I wonder if there’s any radio as the engine’s sound is loud enough that you can barely listen to each other.
Certainly, its an entirely different lifestyle and culture. And so, it was used by the army men until 2012; a culture of strength and robustness!
Looking at the windscreen feels as if you are already at war! In contrast, what you see are the modern-age cars driving peacefully on roads of the Constitution Avenue. And because of it’s height, it gives you a top of the world view, if you know what I mean!
If I have to describe it in one word, that would be “Co-existence” (of old times and modern era; of war-times and peace-building).
It gives you the feeling of military might,
Especially when the sun shines bright,
In the lazy hazy winter times,
Letting you delve in the contrasting chimes. 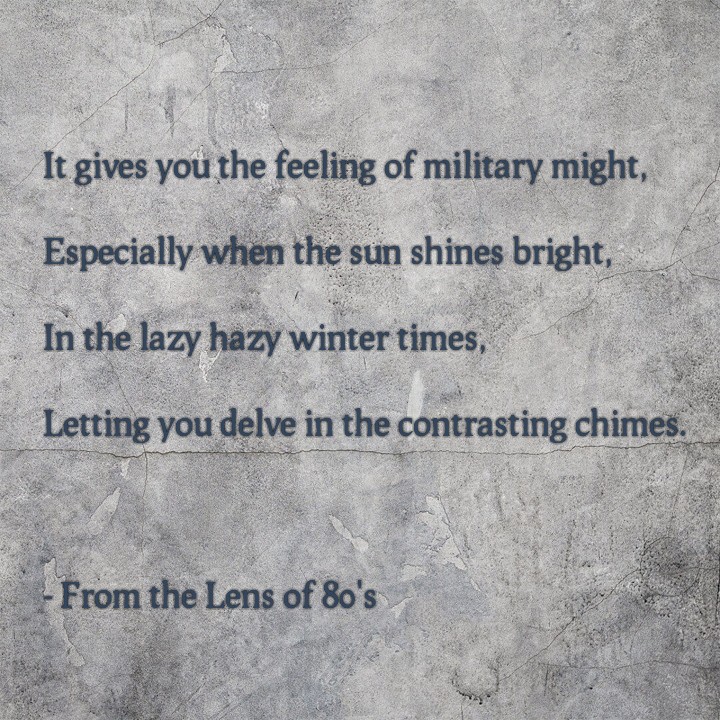 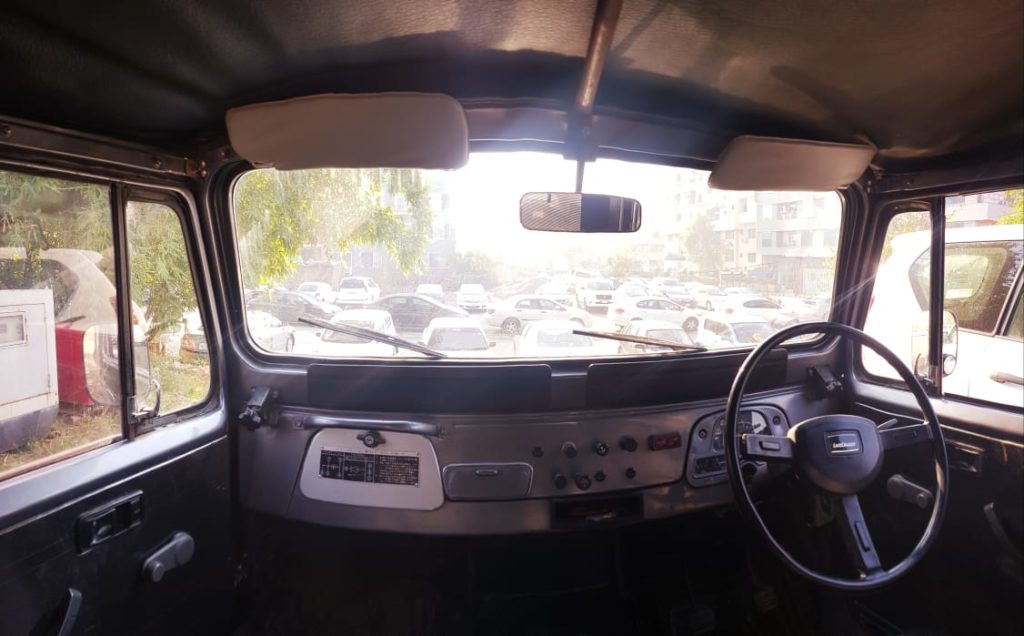