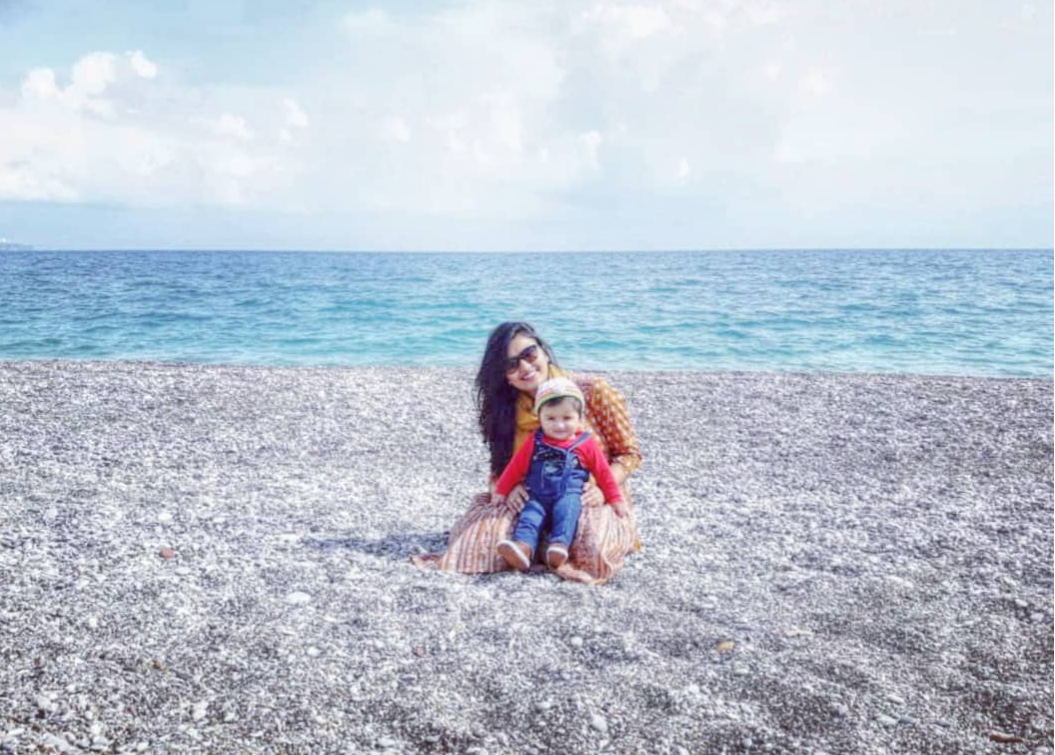 The best suggestion my brother has ever gave it to us was insisting to include Antalya in our trip. Until then, if I was ever in love with any city; it was Seattle. Though, I am still not sure whether to add another city in that list or replace it with Antalya. But these two are certainly the two cities I would always love to go back to.

By the time we landed in Istanbul; the boys were doing well. And so, everything came back to normal and we were back to our tourist mode. Istanbul was colder as compared to Antalya. 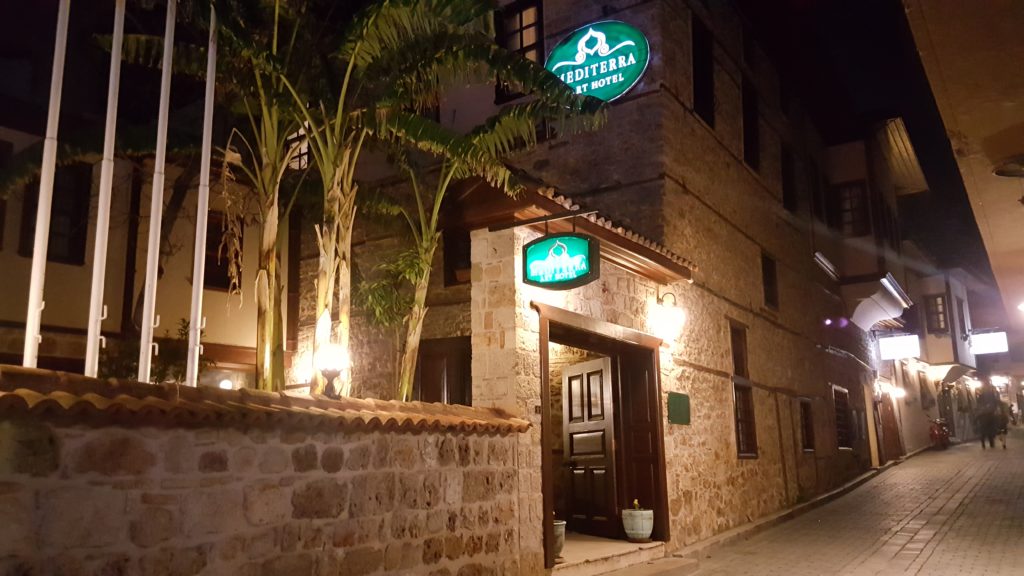 In Antalya, we stayed in the Medittera Art Otel – small one but with beautiful interior and comes with a pool. It is located in the center of the Old Kaleici town i.e. 10 minutes walk in the south will get you to Marina beach and 5 minutes walk in the North will take you to the clock tower, nearby hotels and historical landmarks. You can take nice long walks in the evening and at night. Hotel buildings are quite old but they have renovated and restored them quite artistically. They certainly have a good taste for interior and exterior designing. 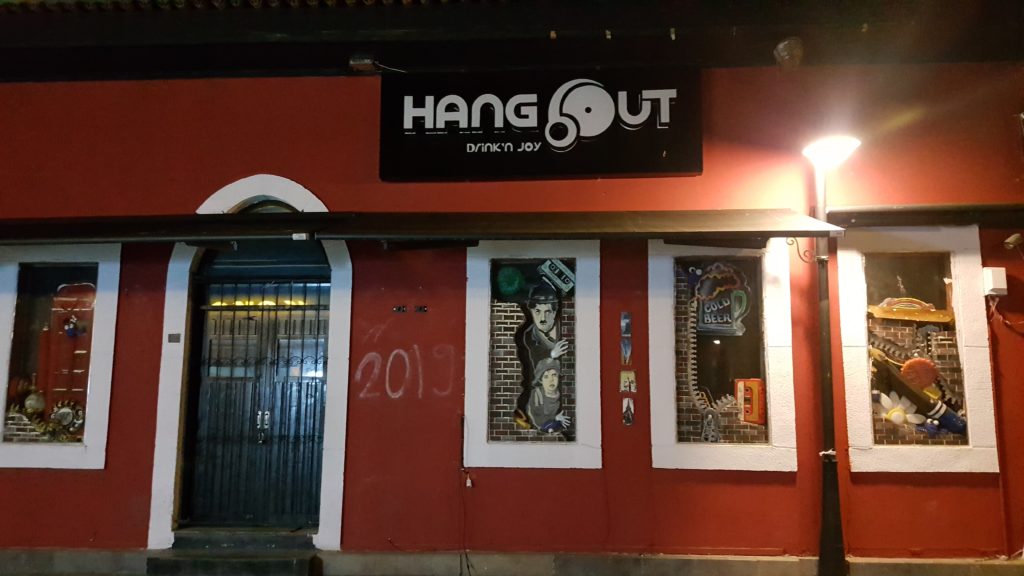 Randomly walking in the streets had never felt that much appeasing. P.s. they have restricted the traffic within that area – only residents and certain yellow cabs were allowed. These cabs take 20 Lira wherever within that small area you would want to go i.e. even for a one minute drive. We had to take it twice because we had heavy suitcases and Zamzam.
Besides, you can do water sports here; we did not do it because of Shazil. There are many cool places to visit; but we had just a day and a half – thanks but no thanks to our tour operator who saved money for one night and kept us on airports and transits for 24 hours from Jeddah to Antalya. So, we were roaming around on our own; trying to visit close by places but only specific ones so as to enjoy and relax. 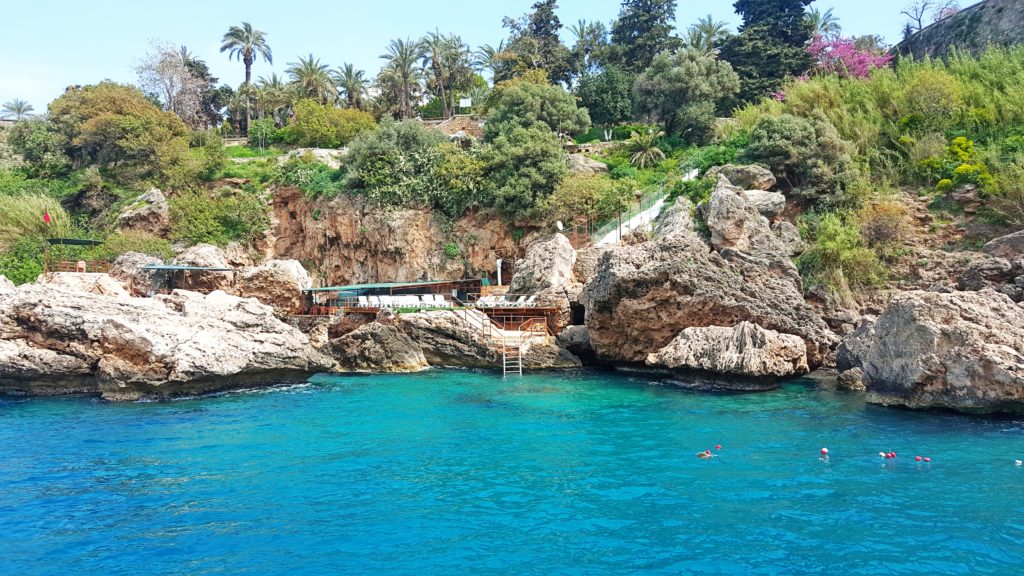 We took an hour boat tour on Marina Beach – and during that we concluded it was worth visiting Antalya. After the tour there’s a nice restaurant at the beach; from where we had good food and took the lift to the main road. This lift also gives a beautiful view of the city from the top. We took a taxi from the main road to Konyaalti Beach and Park; a very beautifully calm and refreshing place to sit or may be sleep.

Both of us had our own time of silence; while focusing on the waves hitting the shores. And then the two of us played a little game; how far you can throw the stones in the water. Of course, Wajahat won! But he told me the trick; so in the end I was at least able to throw them in the water

Sometimes, it is good to be kids again and especially when you have a kid along; who also liked this place and was busy playing with himself and his toys.
Afterwards, we went for some shopping from Mark of Antalya. And walked back to the hotel. It took us only 15 minutes to get back to our hotel – and during the walk we enjoyed Antalya’s rain. Rain was predicted for the entire day; but thankfully it didn’t or else our visit to Antalya would have been wasted.
The next morning we took the 7 AM flight to Istanbul. This was the only Altas Global flight we had in our trip. All else was Turkish Airlines. And this was the only flight which caused inconvenience among the six flights we took (Again thanks to our tour operator). These bunch of people had no idea about how to check-in Zamzam and hence I guess there was no policy for it. So, they charged us 8 Liras per ml and a total of 80 Liras right away for just transferring Zamzam from Antalya to Istanbul.
We may be the only people who were too unique to take zamzam with us to Antalya but guess all Turkish airlines we took; booked Zamzam separately in over-sized luggage but without taking a single penny. And that is called facilitation to Umrah passengers (Just a small review about Atlas Global).

Shazil also received toys on one of his Turkish Airlines flight – and that kept him busy during the flight. The rest of the flights’ attendants thought he is too small for it so I kept him busy with his own toys.

Anyways, this was the third time we were going to be at the Ataturk Airport and finally we left the airport for roaming around in Istanbul. We reach our hotel by 10 AM only to know that the check-in time is 2 PM. (Thanks to our tour operator again). But it actually worked in our favor as we had no choice for taking rest; we just changed Shazil’s diaper at their reception area and left for visiting the three most beautiful places i.e. Galata Kulesi, Miniaturk and Suleymaniye Camii.

(I will be writing in detail about these places in my next article. Stay Tuned!)

Just as Antalya was on average 20 Liras for nearby places; Istanbul is between 30 to 40 Liras. We used to estimate the kilometers from the google maps and used to show it to the drivers; so they were reasonable. I think.
If you want to avoid crowd and traffic congestion the best time to visit places in Istanbul is before 12 PM. Traffic gets really bad between 2 PM to 4 PM. Afterwards, it is slightly better.
So, the next day we took a day’s tour (booked by our Pakistani tour operator). They are some of the nicest people; we took three rides with them and all were flawless.
During our first ride with them; we visited Hagia Sophia; Blue Mosque; Hippodrome; and Topkapi Palace. The guide was quite knowledgeable and he was explaining it as if he was teaching us or making us remember everything – which was of course hard to absorb. 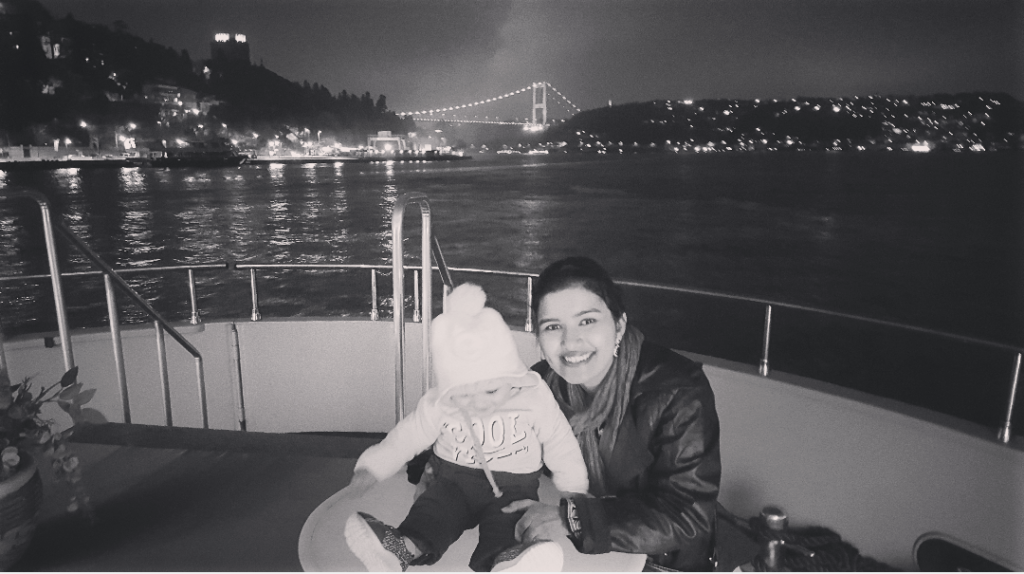 The second ride was the Istanbul night cruise and dinner. There we met; a Pakistani family (we kept on bumping into each other until we said them good bye at the luggage belt at the Islamabad airport); two amazing Sikhs (who reminded me of the Baba jee from the Spokane Sikh Temple and Sikh Community from Spokane), a couple and their daughter from Morocco (who became friends with Shazil) and an old sweet couple from Scotland. The cruise was very crowded but at the same time it was worth getting on it. However, given the choice; I would prefer a cruise ride around sunset instead at night.
The third and the last ride was the one from where I started Part-I of this article; the ride to the New Istanbul airport in Mercedes Benz Sprinter.
Wajahat: Shazil has slept. I will also take a nap. Are you sleeping too?
I: No, this is my last ride in Istanbul. I will see what else this city has to offer.
45 minutes later as the driver put breaks to pass through the airport security check…
Wajahat: I slept.
I: I did too!
(We were very tired of running everywhere since last 14 days; we slept through our last ride.) 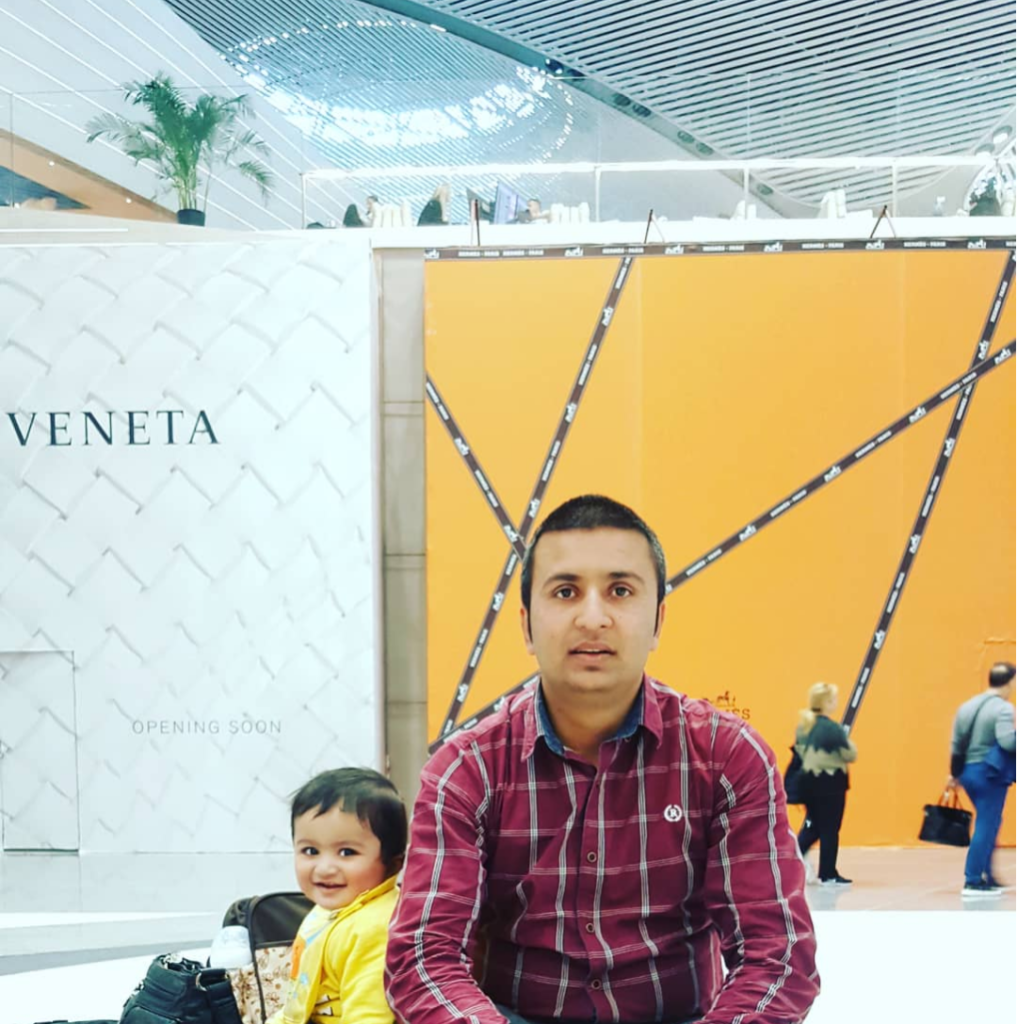 These two guys were hanging around at new Istanbul Airport – and I was so tired of asking people for taking our family picture so I preferred to take this one!